Managing Growth and Information Flows Together

As seen in the December 2014 edition of World Trade

The Alliance, co-sponsored by World Trade 100 and SMC3, are the first awards to recognize alliances that are driving results in high-performing supply chains. The Alliance focuses attention on why and how the alliances were formed, the roles of the various partners, and the results attained by the close collaboration and cooperation represented by the alliances.

In this third cycle of The Alliance, the companies that completed entries exhibited a strong recognition of the benefits of a more holistic view of their supply chains and the vendors, suppliers, customers, and peers who are partners in driving positive results which benefit all of these supply chain partners. 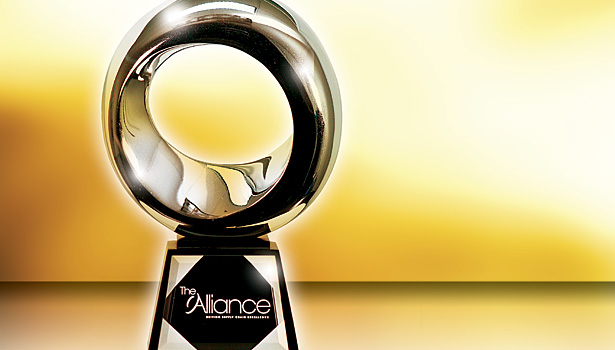 The goal of The Alliance is to encourage recognition of the importance of the relationships between the functions and processes of a supply chain within and outside the enterprise of the primary driver of the supply chain — the “beneficial owner” of the supply chain. In doing so, we pay attention to the critical role of the other companies and organizations involved in that supply chain. Entrants were asked to supply information on the challenges they were addressing through the alliance and to describe some of their goals. They also supplied details on results achieved by the alliance.

To focus the discussion, entrants were asked to describe the significant issues they faced that called for the collaborative effort of the alliance partners to derive a solution.

There are often common themes among the entries, though each cycle is as different as the mix of entrants. Often, similar supply chain challenges emerge among the various companies. At other times, there is some commonality in the solutions. On the challenge side, the entrants have ranged from managing growth to revamping a transportation strategy. And on the solutions side, a common theme is the open communication and information sharing that was an integral part of the process of improving supply chain performance.

Following are brief introductions of the Alliance recipients. Awards will be presented to the companies represented by these alliances during the SMC3 Jumpstart 2015 event in Atlanta, Ga. January 19-21 (www.smc3jumpstart.com).

Recipients of The Alliance

Co-Sponsored by World Trade 100 and SMC3

GNC was managing growth and looking for more efficient transportation.

After years of operating a private fleet, nutrition retailer GNC decided to take a look at its transportation system to strip out inefficiencies and improve costs.

Part of the challenge for GNC was the third party marketing materials and intercompany shipments it was handling. Its private fleet and parcel carrier transportation mix lacked flexibility and options, so it was time to take a look at the transportation system.

Through an alliance with Spend Management Experts, GNC began the analytics and financial modeling that would precede a major realignment of its transportation network.

The analysis looked at freight, parcels, intercompany moves and the growing international market opportunities GNC was exploring. While price was important, the analytic process included service, technology compatibility, and interaction of operating models.

Part of the decision was to begin retiring the private fleet in favor of a mix of carriers. Spend Management Experts assisted in developing model RFPs, and then the requests for proposal were assessed and carriers were selected.

The data-intensive project looked into GNC’s volumes and lanes and, in the end, led them to DHL as a carrier for parcels of less than one pound and for the international shipments.

The freight portion of the transportation mix was let to 30 carriers. Of that group, nine are pool carriers.

With the added visibility and improved ability to respond to changing forecasts, GNC managed to avoid the problems suffered by many online retailers during the holiday season of 2013. While those retailers and their carriers struggled to cope with rapid changes in demand and unexpected surges from online orders, GNC credits its new alliances with giving it the ability to see changes taking place and respond in sufficient time to maintain service, fill orders, and keep costs in line.

Every team needs a captain to guide the effort; supply chains are no different.

Dick’s Sporting Goods made some changes to its playbook and developed stronger leadership within its supply chain to improve performance and rack up some victories.

As many sports teams can testify, having either a strong offense or a strong defense won’t result in a winning season. Dick’s Sporting Goods had a strong outbound operation, but its carrier Estes Express Lines was experiencing difficulties on the heavy inbound lanes, which were a large part of Dick’s shipping volumes.

The two organizations decided to start with one simple step to improve communications and coordination between their two organizations. They established an “Executive Sponsor” on both sides of the relationship – an individual with enough seniority and authority to take action to resolve problems.

One result of this change was better visibility into where the disconnects were. One very important disconnect was the EDI pickup requests Dick’s used worked well on the outbound side, but not as well on inbound — which was much of the freight Estes handled for Dick’s.

Estes had difficulties obtaining EDI Shipment IDs on inbound shipments. Part of the solution was more and better access to EDI Pickup Requests in Dick’s system. Another facet was to push information sharing upstream to Dick’s suppliers. With better access to those pickup requests, Estes not only gained visibility to improve operations, it also enabled audits and checks for supplier compliance that reduced billing errors and payment delays.

All of this required a greater trust and openness on the part of Dick’s Sporting Goods to allow its carrier more access to information. The open dialogue at senior levels facilitated this at the same time it allowed the alliance partners to involve more of the supply chain and achieve better compliance.

If you are a parent or grandparent, chances are at least one generation of your family sat in a Virco desk at school. Paul Gall, corporate director of logistics for Virco is serious about that observation and hopes to be able to make similar comments about the company’s office furniture line in the future.

Virco’s challenge was growth, and some of its freight wasn’t the easiest to handle or the most efficient to load. Over the years, it had developed a strong relationship with Averitt Express that led to efficient, on-time, and damage free handling of Virco’s products. As demand grew in Virco’s market outside the region served by Averitt, the company wanted to improve the levels of service in its other regions.

As with many successful alliances, Virco and Averitt had regular meetings at an executive level, and that’s where a solution started to take shape. Averitt, brought Pitt-Ohio and Land Air Express of New England into the discussions based on its own relationship with the carriers and their use of a common technology platform and operations practices.

From there, the Alliance of shipper and carriers worked on a hybrid pool distribution operation that would help Virco meet its seasonal peak while improving service and reducing cost.

A big difference, comments Gall, is that the carriers in this Alliance took the attitude that they were moving product, not volume. That helped address the damage problem and service.

The fast-paced back-to-school peak season when Virco ships 60 to 65 percent of its education products benefitted from the pool approach. With improved visibility on demand, the carriers are able to determine when and where a pool load can be built and save the cost and additional handling associated with less-than-truckload shipments. If the pool load can’t be built by the cut off to make the delivery, the goods move over the LTL network.