How No-code and Low-code are Driving Manufacturing “Apps”

There is a “no-code revolution” happening, and it is happening everywhere. Within the school system students as young as kinder age are beginning to learn the foundations and concepts of “coding” — all without an actual requirement for a written line of code.

Manufacturers are always seeking to improve efficiencies and this includes reviewing automation solutions and improvements to help production speed and rate of quality. Currently, quality managers are also facing the challenges that come from the widespread labour shortage that is affecting the Manufacturing industry. Some solutions they may be turning to could include the digitization of processes, to help manage during the shortages.

No-code and low-code platforms have been popular for tasks such as “Robotic Process Automation”, where non-programmers can write applications for automation and integration. There is still a level of technical knowledge required in terms of the overall system architecture, but it provides the ability for users who also have the business knowledge to write rules to build their own automation.

Similarly, with manufacturers, including quality inspection, a lot of manual work is still taking place — think of visual inspection, work instructions, and assembly & verification processes — where it would be productive if each of these “custom jobs” could be more easily automated, without having to hire a developer.

One of the case studies as an example of connecting business users to technology tools is Salesforce and Pardot (a Marketing automation tool kit).

If we break down the process of a marketing campaign and how email distribution was managed in the past vs. with today’s user-friendly no-code tools, you can clearly see the value of connecting business users directly with automation tools.

How it can be done today, using no-code tools:

When you take a deeper look at no-code practice, there are squarely 3 camps of tools: flow-based, block-based, or spreadsheet-based.

Most understand what a spreadsheet-based approach would look like, so let’s start by discussing the flow-based tools. If you’re familiar with Microsoft Visio, which is typically used to build flowcharts, then you should feel comfortable with this approach - it is what the flow-based practice is founded on. Users ‘develop’ by click-dragging blocks and connecting them together in order to create a workflow of how they would like the app to run.

Since flow charts contain decision blocks, it’s natural for users to define “logic” blocks (if “condition”, do “this”) and start connecting the blocks together. The advantage of this type of flow-based approach is readability. It makes it very easy for the user to follow the application “flow” helping to support and debug applications created using these tools.

With block-based tools like MIT Scratch, the concept changes a bit. Here there are no longer lines connecting the blocks together like flow-based practice. Instead, you treat your applications like “Lego” blocks and plug the blocks together. The advantage of this approach is that you can group “blocks” together visually, and it may be easier to follow with very standard logic elements in apps such as loops vs. the flow-based approaches.

Most of the block-based tools also follow a similar conceptual flow in general programming, making the transition of writing, editing and generating code a bit more natural - which is why concepts like MIT Scratch are widely used in schools today.

At the end of the day, the question on flow-based vs block-based comes down to user preference — there is no right answer, go with what you are comfortable using.


The difference between no-code & low-code

“No-code” and “low-code”. You may have heard these terms used interchangeably, but in fact, there are some key differences between them. When people refer to no-code platforms, the expectation is that the user of the tools will not need to write a single line of code. They should be able to design their entire program and “publish” it without any code skills required.

When referring to low-code tools, usually tools in this category will require some level of programming skills, and the purpose of using these tools is to assist developers in helping structure their applications in a more easy-to-understand, visual programming format. However, the developers will still be required to write some code before publishing their applications.

Ideally, you’ll want to ensure that you do maintain some level of flexibility with any tool you choose. No-code tools can allow non-programmers to create production-ready applications without coding, but it is important that the users still have the ability to make changes to the generated code and customize it to their needs. This holds true especially for manufacturers because each production facility operates differently, and will have unique processes and systems. It’s likely that you will want to make some changes in the generated program for things like integrations with ERP or MES systems. Ensuring flexibility will address those concerns, and allow you to make changes and customizations without being “locked in” to a closed ecosystem.

This also carries over to peripherals as well — as the manufacturing world becomes more automated and integrated, you want to make sure all the peripherals you have in your factory can also integrate with your applications. These can be things like barcode scanners, cameras, and PLCs. It is important to remember whatever platform you choose now must be open enough to interoperate with any of your equipment.


What happens to our developers?

Will Manufacturers still need developers? Of course. If you look at all industries where no-code and low-code platforms have become prevalent, unlocking the ability for the business users to tackle some of their own automation means that developers can focus their time on projects that would truly take advantage of their skill set.

No-code and low-code tools won’t support everything that developers can do, there will be some standard features. For example, in Pleora’s no-code AI for visual inspection platform, building blocks are based on open technologies for computer vision and AI, but the key to the tool is that the platform allows developers to also import their own code snippets into the platform to enhance the functionality, ideal for manufacturing since what defines each “app” is different for every manufacturer.

Utilizing no-code and low-code tools will allow users to tackle some of the more simple automation requirements themselves, allowing your previous development team resources to focus on the more complex projects.

The future is automation and digital transformation. With “non-programmers” being able to build their own automation apps, and developers focusing on more complex projects, all Manufacturers — not just the large ones — will have the advantages of automation and digital processes at a much quicker and scalable rate. This will allow manufacturers to remain competitive in today’s global economy and overcome labour shortages while delivering high-quality products to consumers.
KEYWORDS: manufacturing apps no-code 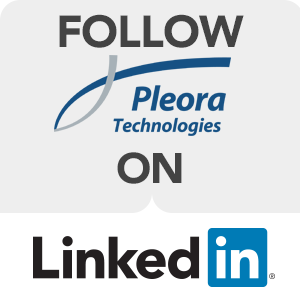 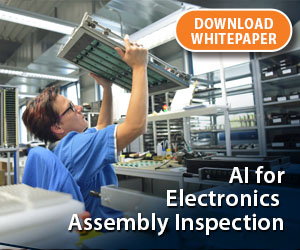