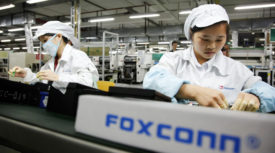 Foxconn Gets Green Light for $270 Million Factory in Vietnam

BAC GIANG, Vietnam—Electronics contract manufacturer Foxconn is set to build a new factory to produce tablets and computers here, as Apple plans to widen its iPad and MacBook production lines outside of China. 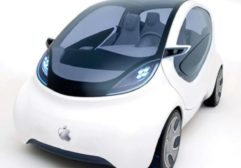 CUPERTINO, CA–Apple Inc. says it is moving forward with self-driving-car technology and targeting 2024 to produce a passenger vehicle that could include breakthrough battery technology. 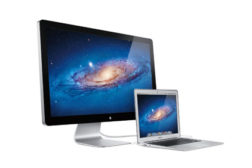 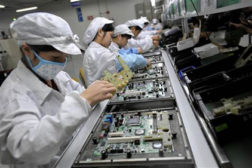 BEIJING—American Public Media’s Marketplace has been allowed to shoot a short news clip showing the process of iPads being assembled at Foxconn’s Longhua facility in Shenzhen, China.

BEIJING—Apple Inc. has agreed to work with partner Foxconn to tackle wage and working condition violations at the Chinese assembly plants that make its popular products.

Nightline Goes Behind the Scenes at Foxconn Assembly Plant

BEIJING—A television reporter for ABC News was granted unrestricted access to Foxconn’s assembly lines. The contract manufacturer, which counts Apple and Dell among its customers, has faced scrutiny over working conditions at its factories.

BEIJING—Apple supplier Foxconn Technology has raised wages for its assembly line workers in China by 16 percent to 25 percent.

BEIJING—Apple and the Fair Labor Association will be inspecting Foxconn’s assembly plants throughout China next week, following widespread protests over working conditions at the Chinese contract manufacturer.

How U.S. Lost Out on Apple’s iPhone Work

When President Barack Obama joined Silicon Valley’s top luminaries for dinner in California last February, each guest was asked to come with a question for the president. But as Steve Jobs spoke, Obama interrupted with an inquiry of his own: What would it take to make iPhones in the United States?