EVERETT, WA——More than 1,800 union members will soon leave Boeing under a buyout plan offered last month, the first step in a continuing company job-cutting effort that’s expected to include layoffs later this year. The machinists union said 1,500 of its members applied for a buyout and were approved to leave the company. The engineering union said 305 of its members were approved and are expected to leave the company in April. 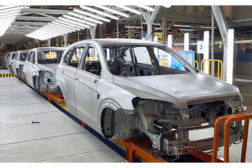 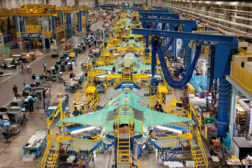 FORT WORTH, TX—Lockheed has reached a tentative deal with a union that has been on strike for eight weeks at the defense contractor’s assembly plant here.

Chrysler Fires Four for Allegedly Drinking on the Job

WINDSOR, ON—Chrysler has fired four hourly employees at its assembly plant here for allegedly drinking alcohol while on the job.

US Factories Desperate for Workers