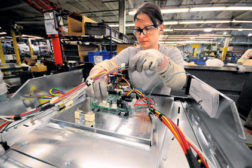 US Factories Desperate for Workers