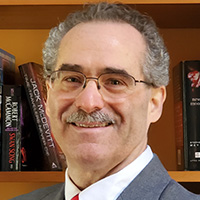 Brian has been working on automation of one form or another for more than 40 years. He began his career in 1980 as a control systems engineer for a manufacturer of industrial furnaces. In 1998, he founded his own control systems integration company and ran the firm for 16 years. He has been with AGR since 2013. He’s also an adjunct professor of engineering at the University of Hartford, sharing his automation expertise with the next generation of engineers.