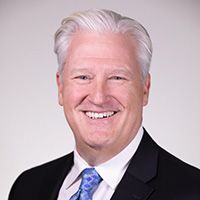 Chuck Wetherington is the President and COO of BTE Technologies, a capital equipment manufacturer for the physical therapy, sports medicine, and industrial rehab markets. This small manufacturing firm proudly makes things in Maryland for the USA and forty countries around the world. He holds degrees in engineering from the University of Illinois and Vanderbilt and is steeped in manufacturing, having spent half of his career at GE Appliances and Black & Decker. He made his name through successes in process improvement, team development, and taking on the big problems.

He was part of a three-person team that bought BTE on November 1, 2001 – nine weeks after 9/11, putting his house up as collateral. That was the day he realized he was an entrepreneur. Since that time, he has led expansions to export markets, spearheaded new product introductions, and helped create new markets ranging from pharma clinical trials to major workers comp cost control programs, all while learning to dance the ever-changing regulatory dance that medical device manufacturers must do to survive.

Chuck is also very active in promoting manufacturing in America through the National Association of Manufacturers (NAM), where he is a member of the Board of Directors, the Executive Committee and is the Chair of the Small & Medium Manufacturers. In this role, he proudly represents almost thirteen million manufacturing jobs and over 12,000 companies across our nation.