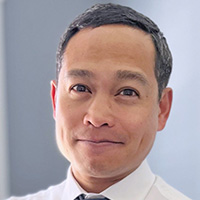 Jerry has some 20 years of experience in the robotics industry, including time at three of the world’s largest robot OEMs. He has a bachelor’s degree in mechanical engineering from the University of Michigan.

FANUC America is a leading supplier of robotics, CNCs, and Robomachines, with more than 25 million products installed worldwide. From small shops to large assembly operations, manufacturers rely on FANUC automation to improve productivity, increase quality, maximize profits and maintain a competitive edge. FANUC offers a large selection of robot and cobot models with payload capacities from 0.5 to 2,300 kilograms. The company also offers add-ons, such as integrated vision, simulation, and IIoT monitoring to prevent downtime.