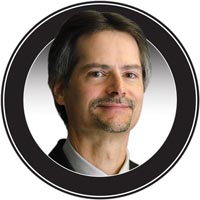 WORKSHOP #3 | Robotics Assembly: Beyond the Basics
Open Discussion and Q&A with Workshop Panelists

There’s no question that robots are becoming more ubiquitous in assembly plants. Robots are less expensive and easier to use than ever. The technology is well within the reach of even small and midsized manufacturers. According to the International Federation of Robotics, there are 228 robots for every 10,000 manufacturing workers in the U.S. That’s more than twice the global average. The advent of collaborative robots, or cobots, will only increase that trend. In this workshop, you’ll learn how to apply robotics to applications beyond simple pick-and-place operations and capitalize on the full capabilities of this technology.

Learn More About the Workshop

Learn More About the Tours