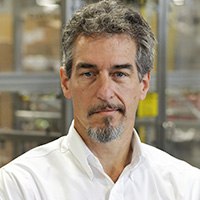 Mark Burzynski has been with Arthur G. Russell Co. for nearly 23 years. He started with AGR as an engineering manager in 1998 and became president of the company in 2012. During his 40-year career in manufacturing, Burzynski has held engineering and management positions with Bio-Plexus, Black & Decker, Becton Dickinson, GM and The Torrington Co. He has a master's degree in manufacturing management from Rensselaer Polytechnic Institute and a bachelor's degree in mechanical engineering from Worcester Polytechnic Institute.

WORKSHOP #1: DESIGN FOR MANUFACTURE AND ASSEMBLY
Design for Automated Assembly

Designing a product for ease of assembly is an important consideration for manually assembled products. But, it’s absolutely vital if the product is to be assembled automatically. For example, a cylindrical, asymmetrical part is easy for a person to pick up and install manually. In contrast, feeding and installing the same part in an automated assembly system will require an expensive vision system to determine its orientation. For economic and efficient automated assembly, engineers must consider the design of the parts and the overall assembly. This presentation will provide some pointers.