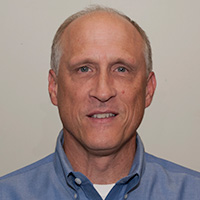 Mr. Buscher has been leading the charge to automate manufacturing and assembly processes for more than 40 years. He first started as an engineer on the plant floor and has been the VP of Daifuku’s AGV group for the last fifteen years. Bruce and his team developed a full line of standard AGV Products and Navigation Technologies to solve Assembly Line challenges and drive out cost. They have deployed AGV’s in assembly lines across all industries.

Daifuku uses AGV’s to solve basic issues such as Ergonomics, Safety, Workforce Turnover, and Cost Reductions. As the oldest AGV manufacturer in North America, Daifuku has continuously led the way in automating assembly lines over the last 100 years and doing it with AGV’s since 1962.

This presentation covers multiple real examples of companies that use AGV’s for their Assembly Lines and Line Side Delivery Systems. You will see firsthand how more than 20 Fortune 500 and 1000 companies have implemented our AGV technologies in their manufacturing and assembly operations. We will present case studies about these companies to reveal the ROI’s achieved on their projects and the resulting hard and soft benefits. They have increased productivity, reduced cost, solved ergonomic issues, reduced fork truck traffic, and increased safety.