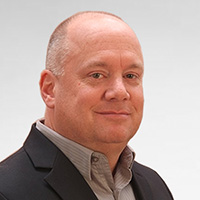 Glenn Nausley is the president of Promess Incorporated, the leading manufacturer of highly adaptive servo-controlled assembly presses, torque systems and monitoring used by companies to assemble and test the products they produce. He was named President in 2011 with responsibilities of day-to-day management of key company functions including operations, manufacturing, marketing and customer relations. He joined Promess in 1986 where He served as Promess’ Engineering Manager and Vice President.