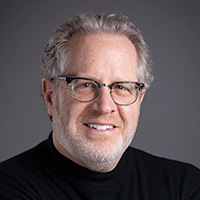 A leading authority on technology commercialization, entrepreneurship and innovation, he is a member of the Burgess Institute for Entrepreneurship & Innovation at Michigan State University and is the former Director of Undergraduate Entrepreneurship at MSU where he built the program to a Top 25 national ranking in 2 ½ years. Kane is the former co-Executive Director of the Illinois Technology Enterprise Center at Argonne National Laboratory and is Innovation Executive in Residence at the Research Park at the University of Illinois. He was the founding CEO of several startup companies based on university research in areas such as nanotechnology and advanced materials. Earlier he held engineering, sales and business development positions at IBM and Microsoft. His other startups include a toy company and a barbecue sauce company.

He holds a BS in Mechanical Engineering from the University of Illinois and an MBA from The University of Chicago. Named a 2007 Technology Pioneer by the World Economic Forum, he twice attended their annual meeting in Davos, Switzerland. Recognized for Outstanding Entrepreneurship by the National Science Foundation. Twice an invited witness on tech transfer for the U.S. House of Representative's Subcommittee on Research & Science Education. Contributor to Forbes.com. Co-author of The Innovator’s Secret Formula.

In this age of hyper-innovation, new game-changing products are designed, created and launched faster than ever before. And yet, most new products fail because they are not products that people actually want to buy. What if there was a secret formula that could predict how successful a new product will be in each of its target markets? What if there was a new way to look not just at new product development, but at the entire strategy of product innovation? In this webinar, you’ll learn the innovator’s secret formula, which introduces the quantitative product-market fit (QPMF) framework, a new breakthrough method for designing highly profitable, market-leading products that have high product-market fit. This fit is so critical for success that it has been called “the only thing that matters.” You’ll learn what product-market fit is, how to achieve it, how to measure it, or how to use it for strategic advantage.