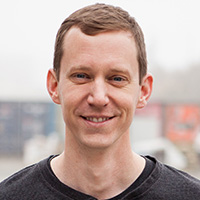 As co-founder and CEO, Ryan leads the Pico team in their relentless pursuit of making the day-to-day better for manufacturers. He grew up in a factory town and started his career at General Motors. After working for startup manufacturers–including Tesla–he joined Alta Motors, a startup building a revolutionary and widely acclaimed electric motorcycle. During that experience he learned the importance of manufacturing execution systems, and the idea for Pico was born. He is a graduate of Missouri Science & Technology and now resides in a small factory town.