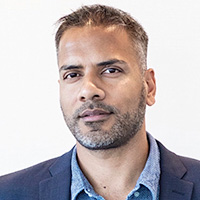 Sudhanshu Gaur is a vice president at Hitachi America Ltd and Chief Architect – Smart Manufacturing at Hitachi Astemo, an automotive supplier with about 140 manufacturing sites around the world.

Based in the San Francisco Bay area, Gaur is responsible for the digital transformation of Hitachi Astemo’s global manufacturing operations to improve overall productivity and ensure the company’s continued leadership in the pursuit of the Industry 4.0 vision. He views emerging technologies such as 5G, robotics and ML/AI as critical to achieving that vision.

He joined Hitachi as a research engineer in 2005 and progressed through a series of research engineering and lab management positions prior to being named director of research and development for Hitachi America in 2017. In these various roles, he successfully incubated smart manufacturing solutions from ideation to real-world deployment.

Gaur became an Hitachi vice president in 2020 and joined the newly formed Hitachi Astemo group in 2021. He recently was named one of the top 25 leaders transforming manufacturing by the Society of Manufacturing Engineers (SME).

Prior to joining Hitachi, he obtained a Ph.D. in Electrical & Computer Engineering from the Georgia Institute of Technology in Atlanta. In addition, he holds a master’s degree from Virginia Tech in Blacksburg, Virginia and a bachelor’s degree from the Indian Institute of Technology in Kharagpur, India. He has authored more than 100 patents and peer-reviewed a number of publications, including a book on heterogeneous networks in LTE-advanced.

Hitachi Astemo is a global automotive technology company formed by the recent merger of Hitachi Automotive Systems with Honda’s Keihin, Showa and Nissin groups. The company has 90,000 employees and leadership positions in a wide range of product areas, including xEV, ICE, suspensions, brakes, steering and safety systems.

Revolutionary changes in manufacturing are taking place at companies both big and small throughout the world. Sudhanshu Gaur, Chief Architect for Smart Manufacturing at Hitachi Astemo, a major automotive technology company formed this year with the merger of four Honda and Hitachi Tier One companies, will discuss the status of smart manufacturing today and explore its future. Recently named one of today’s top 25 leaders transforming manufacturing by the Society of Manufacturing Engineers (SME), Gaur will outline the keys and stumbling blocks to the successful implementation of smart manufacturing strategies, as well as the road ahead for different layers of the Industrial Internet of Things (IIoT), including cloud computing, fog computing and edge intelligence. He also will discuss the role emerging technologies such as 5G, machine learning, artificial intelligence and robotics will play in realizing the Industry 4.0 vision.