This website requires certain cookies to work and uses other cookies to help you have the best experience. By visiting this website, certain cookies have already been set, which you may delete and block. By closing this message or continuing to use our site, you agree to the use of cookies. Visit our updated privacy and cookie policy to learn more.
Home » The 6th Annual ASSEMBLY Show Concludes in Rosemont, IL with nearly 9,000 Registered Industry-Leading Manufacturing Professionals
The Assembly ShowThe Assembly Show Press Releases

ROSEMONT, IL, October 26, 2018 - The 6th Annual ASSEMBLY Show closed its annual Conference and Expo at the Donald E. Stephens Convention Center in Rosemont, IL with nearly 9,000 registered participants.  BNP Media, publishers of ASSEMBLY Magazine and producers of the event announced growth in all areas at the recent trade show and conference. The three-day event offered a dynamic educational program, the largest exhibit hall in the history of the event offering hundreds of new products and several exciting networking events all with the focus on the future of manufacturing.

“We thank our exhibitors, sponsors, speakers, attendees, advisory board, media partners, and supporting organizations who helped to make the 6TH Annual ASSEMBLY Show a huge success. We received such positive feedback on the quality of the audience, the content in the education sessions, and the top-level thought leaders from across the industry who all shared important insight and ideas on continuing to move the industry forward,” said Tom Esposito, Publisher, ASSEMBLY Magazine. 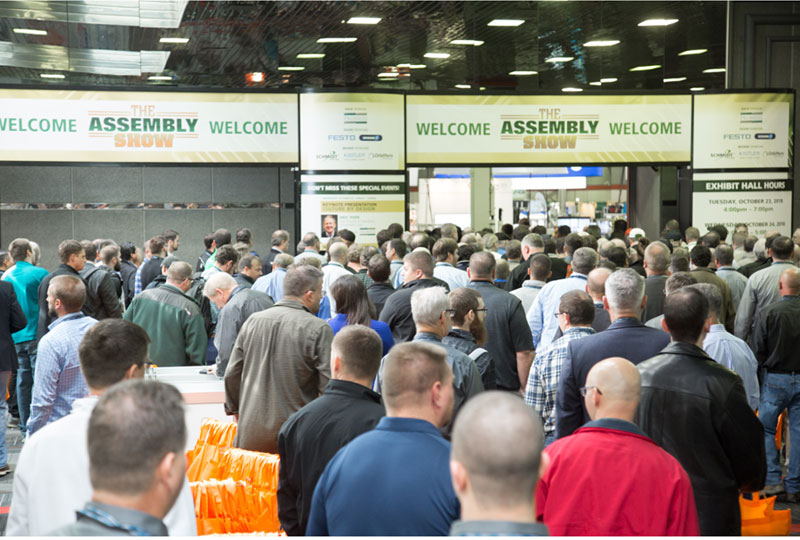 Highlights of the event, included:

The ASSEMBLY Show 2018 Brings Together Thousands of Manufacturing Professionals to Rosemont, IL for 6th Annual Event

Over 80% Of The Assembly Show Floor Already Sold With Leading Vendors Committed To 10th Annual Event Being Held October 25-27 In Rosemont, Il

The 6th Annual ASSEMBLY Show Concludes with Growth in all Areas