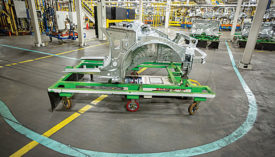 LONDON — The robotics market is set to transform over the next 10 years, based on the comprehensive robotics tracker released by global tech market advisory firm, ABI Research.

CHICAGO—Last year, robot sales in the United States hit a new peak of almost 38,000 units, setting a record for the eighth year in a row. 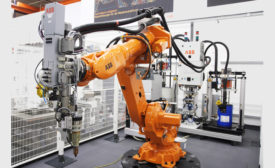 MUNICH—Some 248,000 industrial robots were purchased worldwide in 2015, a record high and a 12 percent increase from 2014. Global sales of robots have increased four-fold since 2009. 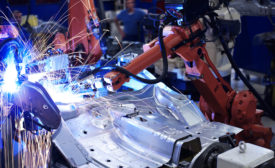 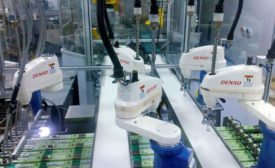 ANN ARBOR, MI—A total of 6,895 robots valued at approximately $435.1 million were ordered from North American companies during the first quarter of 2015. That’s an increase of 16 percent in units and 29 percent in dollars compared with the same period in 2014. Both orders and shipments in the opening quarter beat the previous record for the first quarter last set in 2013. 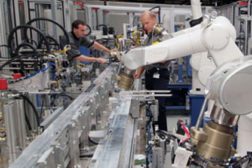 Study: Increasing Use of Robots Will Boost Global Competitiveness

CHICAGO—Advanced industrial robots could power a new wave of productivity growth in many industries and lead to changes of up to 5 percentage points in the cost competitiveness of major export economies relative to the United States, according to new research by The Boston Consulting Group. 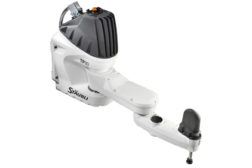 ANN ARBOR, MI—Robot orders and shipments in North America set new records in 2014, according to Robotic Industries Association. A total of 27,685 robots valued at $1.6 billion were ordered from North American companies during 2014, an increase of 28 percent in units and 19 percent in dollars over 2013.

ANN ARBOR, MI—Robot orders and shipments in North America set new records in the first nine months of 2014, according to Robotic Industries Association.

DALLAS—The global market for industrial robots will grow at cumulative annual rate of 5.2 percent over the next six years, reaching $40.8 billion by 2020.