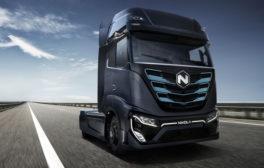 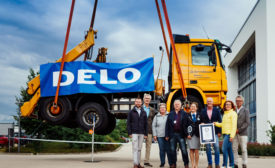 DELO, a manufacturer of industrial adhesives for automotive, consumer and industrial electronics applications, has broken the world record for having the heaviest lift using adhesive.
Read More

GERMANY— Volkswagen Group started manufacturing its ID.3 electric car this month. This is the company’s first electric car based on its Modular Electric Drive Toolkit or MEB platform.
Read More 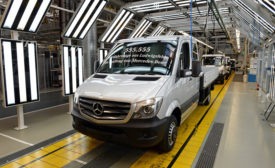 Inside Porsche’s Assembly Plant, Where Even the Screwdrivers Are Smart 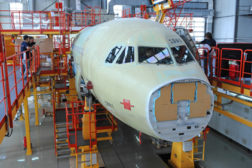 MANCHING, Germany—More than 20,000 workers from European aerospace group EADS took to the streets in Germany last week to protest against restructuring plans they fear could cost thousands of jobs. Protests were held at about 30 sites, from the company’s Airbus factories near Hamburg to its Eurofighter jet assembly plant in Manching in the south. 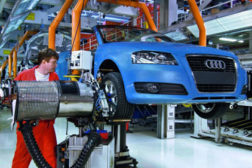