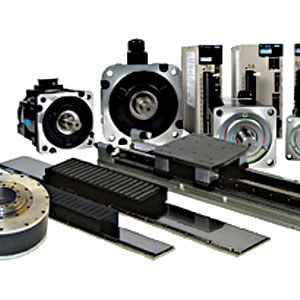 Fifty milliseconds may not seem like a lot of time. Indeed, the human eye takes between 300 and 400 milliseconds to complete a single blink. And yet in the context of a high-speed automated assembly system, in which a single linear actuator might make more than a dozen moves per minute, 50 milliseconds here and there can really add up.

Now, the system takes 1.416 seconds to complete a cycle, including 16 milliseconds of settling time. That equates to 42.37 parts per minute, enabling the system to generate $254.24 in revenue per hour, or $29.24 more per hour than the original system. In a two-shift operation running six days a week, that adds up to an additional $140,353 in revenue.

“If you have an application that makes one move, and 30 minutes goes by before it makes another move, a high-performance servo system isn’t going to do you much good,” says Scott Carlberg, product marketing manager for the Drives and Motion Div. of Yaskawa America Inc. “But, in an assembly operation with three axes moving 25 times per minute for hours, a high-performance servo system is going to have a big effect.”

In a servo-driven motion control system, settling time is the difference between when the system is supposed to be at a commanded position and when it actually arrives there. Various factors can affect settling time, including system bandwidth, feedback resolution, load inertia, move profile, machine resonances and other mechanical limitations.

With more bandwidth, the amplifier can receive and process more data from the servomotor. For example, a 20-bit abso-lute encoder supplies more than 1 million pulses per revolution. “That extra feedback allows you to crank up the servo gain, which allows the system to reach the commanded position faster,” says Carlberg.
High bandwidth also enables the drive to perform more complex control algorithms. For example, the Sigma-5 drive has algorithms for automatic system tuning and vibration suppression.

Synchronization Is Critical to High-Speed Assembly