The Supreme Court, California state regulation or the Kigali Amendment could end HFCs.

The U.S. Court of Appeals stopped the EPA’s ban on high global warming potential HFC refrigerants last year, but that may just be a pause in the switch from HFCs to environmentally friendly replacements.

Makers and users of high-GWP HFC refrigerants prepared for years in anticipation of the now-vacated Obama-era EPA SNAP regulations, and it’s likely a matter of time before either the U.S. Supreme Court, a patchwork of state regulations or ratification of the international Kigali Amendment brings an end to HFCs.

“I think the transition is underway, these SNAP rules are now two to three years old and companies have been preparing for them, and they were preparing for them as soon as they became final,” says Alex Hillbrand, engineer at the National Resources Defense Council. “So legal uncertainty aside, this is going forward. California is pushing the phasedown forward; there is a lot of industry and NGO support for ratification of the Kigali Amendment. Thirteen Republican senators recently sent a letter to the administration urging ratification of the Kigali Amendment.”

If the mood at the recent ATMOsphere conference in California is any further indication, industry is generally ready for the transition, regardless of what vehicle delivers the final regulation, according to Marek Zgliczynski, director of research and development at Embraco. “Industry and all the guys present were clearly going in the direction of what was the original plan,” he says.

In 1990, following the international Montreal Protocol, the Clean Air Act gave the EPA authority to ban CFC refrigerants that depleted the ozone layer. HFCs, the most common replacement for CFCs, later became targeted for prohibition due to their high global warming potential. So in 2015, EPA SNAP Program Rule 20 delisted high-GWP refrigerants R404A and R507, both HFCs, from commercial refrigeration and car air conditioning. The following year SNAP Rule 21 further delisted HFCs from more applications such as warehouse refrigeration.

The new SNAP rules were then challenged in court in 2017 by refrigerant manufacturers Mexichem Fluor and Arkema. The U.S. Court of Appeals ruled in favor of the two companies, determining that the EPA could not force companies that already replaced CFCs with HFCs to replace the HFCs with low-GWP refrigerants.

The two largest refrigerant makers, Honeywell and Chemours, appealed the ruling, which was denied. Both companies and the NRDC petitioned the United States Supreme Court in June to review the case. According to AHRI general counsel Caroline Davidson-Hood, the Supreme Court will likely review the petition this month and decide whether to hear the case or not.

“We’re not going to have any substantive answer on what the Supreme Court thinks—if they grant the petition—until they get around to oral arguments and briefing, etc., on the case,” Davidson-Hood says. “If they deny the petition … then that will be the final word from the courts on this issue.”

“They issued the guidance document to give industry and consumers some certainty for how the agency will approach enforcement,” explains Davidson-Hood. “At the same time, they indicated to manufacturers that they are going forward with a new rule making that complies with the limited authority that they may or may not have based on what the court said.

“The court said the EPA can’t require manufacturers to replace HFCs, but there’s a question as to whether the EPA can require downstream users like consumers to replace the HFCs that they already have, say like in their stores. Our members are very curious to find out what happens with this rule making, because it’s very new. The EPA has never distinguished between manufacturers and users before. And we think it would be really confusing. But we’re going to reserve judgment until we hear what the plan is.” 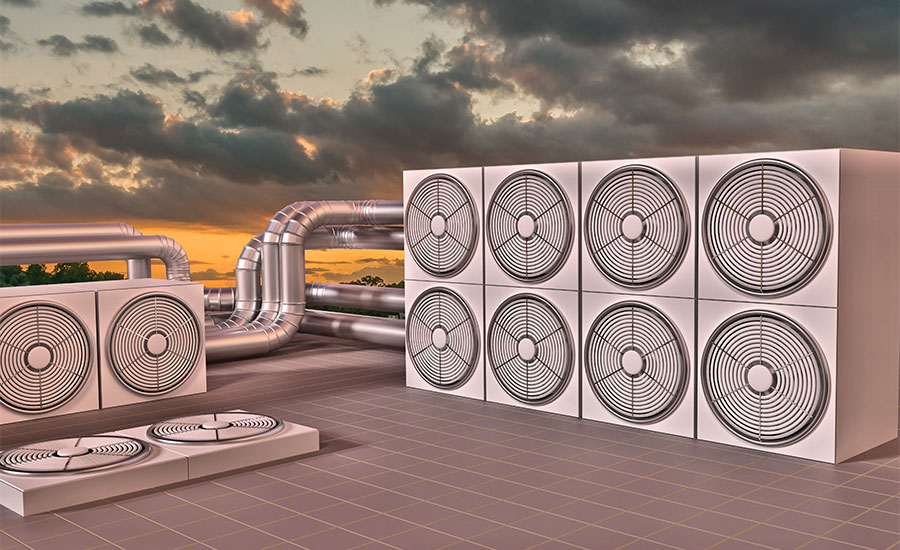 There are two political actions taking place on the issue in California which could lead other states to follow. One is purely regulatory—the California Resources Board issued language on a regulation that would prohibit HFCs. The second is proposed legislation that would incorporate SNAP 20 and 21 into state statute.

Davidson-Hood says that while AHRI’s members have prepared to comply with the restrictions, manufacturers are generally opposed to patchwork state regulations for their products.

“It means [manufacturers] have to create separate products for one segment of the market and create different products for other segments of the market. It creates confusion and duplicative costs. So even though many of the manufacturers are prepared to comply with whatever restrictions may come about, it’s pretty terrible precedent to have a patchwork of regulations for something like refrigerants. If you have to change that product for one market, it just makes everything more expensive.”

For the sake of consistency, Davidson-Hood says AHRI’s members would prefer ratification of the Kigali Amendment: approved refrigerants would be uniform in the U.S. and across the globe. AHRI also prefers Kigali over the EPA SNAP regulations, Davidson-Hood says, describing the SNAP rules as deadline prohibitions, and Kigali as a more generous phase out.

Both Mexichem and Arkema, the two chemical companies that challenged the SNAP rulings, have also voiced support for the Kigali agreement.

About 170 countries signed the Kigali Amendment in October 2016. The landmark agreement is an amendment to the 1987 Montreal Protocol. It divides nations into three categories, with wealthier, developed countries like the U.S. required to reduce HFCs to about 15% of 2012 levels by 2036. The agreement only becomes law in the U.S. if ratified by Congress.

“I think that if the President puts it forward [to Congress], it will get ratified,” she says. “And we are working very hard to encourage the executive branch to put it forward.”

Zgliczynski echoed similar comments regarding the quick timetable of the SNAP rules in household refrigeration, saying that during an AHAM meeting in Phoenix this year, industry leaders commented that they would like to see SNAP and/or California deadlines pushed back from 2021 to 2023 to provide enough time to convert their systems.

The other primary concern is standards. Many of the replacements for HFCs are so-called natural refrigerants like isobutene, which are also flammable. Due to safety concerns over large amounts of flammable refrigerants, U.S. standards currently limit charges for isobutene and others to 150 grams.

The limit poses challenges for larger applications which may need to hold more.

“The present 150 grams limit covers a good part of the market in commercial refrigeration,” says Zgliczynski. “In fact we are selling a significant number of propane compressors for commercial applications. But it’s still (blocking) bigger size machines (above 1.5 kW in MT, more or less). The charge limit of 150 grams is restrictive.”

Zgliczynski’s committee has proposed new charge limits—500 grams for A3 class, and 1.2 kilos of A2L safety class flammable refrigerants in commercial appliances. In July, SC61C voted to advance the draft amendment to the next step, the Committee Draft for Vote, which is expected to take place by the end of 2018.

If approved in the second vote later this year, the IEC standard should be published in 2019 at the global level. “It’s not an obligation for anybody, but it’s a base for regional and national standards—like in Europe, the EN standard and also in the U.S., the equivalent standard under UL.

“Normally, if the international standard is [created], generally it can take one to two years to become a regional standard in Europe or in America,” Zgliczynski says. Ed McMenamin is an editor with BNP media.