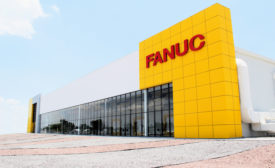 WASHINGTON, D.C — President Donald Trump last Wednesday signed into law a major rewrite of the rules of trade with Canada and Mexico that will soon replace the Clinton-era North American Free Trade Agreement.

John Sprovieri
Incredibly, the decade has ended with a moment of bipartisanship. On Dec. 10, after more than a year of deadlock, Democrats and Republicans agreed to revisions in the U.S.-Mexico-Canada Agreement (USMCA) that should enable the trade pact to win approval from Congress and get signed into law by the president.
Read More

Trump Talk Aside, Auto Manufacturing and Automation Are Booming in Mexico

MEXICO CITY—Mexico’s automotive industry is anticipating its eighth consecutive year of record-high production and exports. And in a bid to stay competitive, the industry is embracing ever more automation.
Read More

DETROIT——Ford Motor Co. last month announced that it was canceling plans to build a $1.6-billion small-car assembly plant in San Luis Potosi, Mexico. But, the automaker is still going ahead with plans to open two other new plants in the country: a $1.1-billion engine plant in Chihuahua, and a $1.2-billion transmission facility in Guanajuato. Both are planned to become operational later this year, supplying engines and transmissions for the US, South America, Europe and Asia.

GUANAJUATO, Mexico—Toyota has begun construction on a $1 billion assembly plant here, its fifteenth manufacturing facility in North America. The factory, which will produce the Corolla, is expected to employ approximately 2,000 workers.
Read More 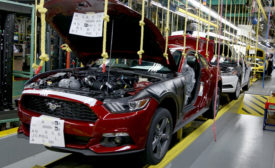 DEARBORN, MI—Ford plans to eventually shift all North American small-car production from the U.S. to Mexico, CEO Mark Fields told investors last week, even though the company’s production investments in Mexico have become a lightning rod for controversy in the presidential election.

SAN LUIS POTOSÍ, Mexico—BMW has begun construction of a new, $1 billion assembly plant here to produce is 3 Series sedan. Scheduled to open in 2019, the plant is expected to employ 1,500 people and have an annual production capacity of up to 150,000 units.