In 1987, Apple Computer Inc. introduced FireWire. It was the first direct-connect digital interface (IEEE1394) and standard (DCAM) on the market. 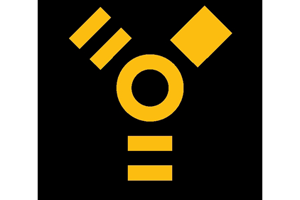 The interface was originally designed so companies could quickly transfer large amounts of data (200 megabits per second [Mbps], at the time) between Mac computers for storage. But by the 1990s, most industrial PCs had FireWire ports as well.

Sony Corp. liked FireWire’s high bandwidth and used the interface on its camcorders and laptops so customers could download recorded videos to a computer. End-users liked that FireWire doesn’t need a frame grabber to acquire images into a PC. Knowing all of this—and with no machine-vision standard yet available—several suppliers made cameras that met the FireWire interface standard.

The interface features a serial bus architecture that allows integrators to daisy chain up to 63 cameras on the same bus, as well as setup multicamera systems without the use of hubs. It also allows synchronous triggering of FireWire and other cameras on the same bus. And, it allows third-party applications using nonproprietary cameras.

In terms of bandwidth, FireWire currently transfers data at either 400 Mbps (IEEE1394a interface) or 800 Mbps (IEEE1394b). Data is sent at equal time intervals to ensure space for real-time video and audio streams.

The standard allows a maximum cable length of 4.5 meters. The cable can supply up to 45 watts of power to a camera.

Once very popular, the FireWire standard has declined significantly with the introduction of interface standards by machine vision industry groups like the Automated Imaging Association and Japan Industrial Imaging Association. These standards have much higher bandwidths and ensure interoperability among components from multiple vendors.

Jim is a senior editor of ASSEMBLY and has more than 30 years of editorial experience. Before joining ASSEMBLY, Camillo was the editor of PM Engineer, Association for Facilities Engineering Journal and Milling Journal. Jim has an English degree from DePaul University.