What Happened to the Future?

The 112th annual Chicago Auto Show just ended the other day. After a long hiatus, I attended the event to check out the displays and see what’s new. 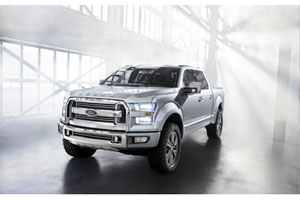 In the past, the highlight of the show for me (and many others) has always been the concept cars. But, I was disappointed by the lack of innovation on display. What’s happened to all those cool futuristic concept cars of the past? Are automakers afraid to stick their necks out these days?

I recently came across some old brochures I picked up at the Chicago Auto Show back in 1996. One was touting the Ford Synergy 2010. Ever heard of it?

The Synergy was a diesel-electric hybrid that boasted 80 mpg. It had a 1-liter direct-injection diesel engine in the rear and electric motors attached to each wheel. The car’s most distinguishing feature was its aerodynamic aluminum body with unique-looking front fenders that acted as manifolds.

As I recall, this car created a lot of attention at the time, appearing on several nonautomotive magazine covers. But, I couldn’t find anything similar to the Synergy at this year’s show.

Ford’s concept vehicle-du-jour was the Atlas pickup truck. It wasn’t too much to get excited about and lacked any kind of Wow! factor. In fact, it was boring and looked similar to just about any other vehicle in its class. By the way, I’m not just picking on Ford—other automakers are equally guilty.

Now that the auto industry is coming back stronger than ever, isn’t it time for automakers to start getting creative again when it comes to concept cars? Enough with the boring designs—let’s see some creativity.