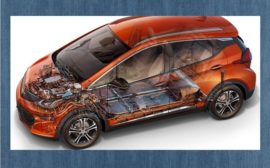 Austin Weber
The Model T is the car that’s credited with "putting the world on wheels.” Here’s a brief look at 10 ways the iconic vehicle influenced business and social conditions.
Read More

How the Model T Was Assembled

Austin Weber
There were 45 operations involved in producing a Model T chassis on the first moving assembly line, which debuted at Ford’s Highland Park, MI, plant in early 1914.
Read More

Austin Weber
The "car the put America on wheels" was unveiled 100 years ago. The building where the Model T was developed and assembled a century ago still stands.
Read More
Subscribe For Free!
More Videos