Tubing, cylindrical housings, and similar shapes often pose joining challenges. Crimping and pressing operations have been frequently used to form an edge on such shapes as a means of joining them to another part or to enclose an assembly of parts, but those methods have their drawbacks. 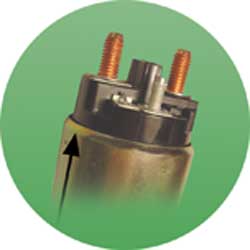 Fig. 1. This solenoid closure of metal to plastic is an example of how multiple rollers can crimp and seal. 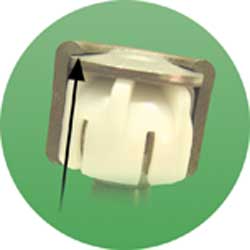 Fig. 2. This ball joint cap is a result of a controlled cold-forming process that maintains smooth, cosmetic appearance while securing the cap plug.
Tubing, cylindrical housings, and similar shapes often pose joining challenges. Crimping and pressing operations have been frequently used to form an edge on such shapes as a means of joining them to another part or to enclose an assembly of parts, but those methods have their drawbacks.

One of those shortcomings has been the ability to accurately control the forming of the edge, which can affect reliability of the assembly as well as its appearance. Another concern has been the force required for such operations, which can be high enough to sometimes damage enclosed parts or materials of lesser strength.

To solve those problems, Orbitform, Jackson, Mich., has developed an alternative process called rollerforming, which uses multiple rollers mounted on a rotating spindle to gently smooth and form material into a seamless, solid form. The rollers intersect the workpiece on a precise contact line, gradually moving material to the desired shape.

Rollerforming is capable of forming parts with large diameters and thin wall materials, which are typically difficult to do with other fastening methods. The process is especially advantageous when used to roll or close a lip. In addition, the method can be applied to applications where the rollers articulate as well as rotate, allowing for access into grooves and other areas.

Rollerforming replaces typical crimp tooling, which can be problematic in part appearance and in process control reliability. Forming a curl or lip with rollerforming often takes less than 20 percent of the force normally required for straight crimping or pressing. It is strong enough for critical applications of metal and aluminum, and versatile enough for appearance sensitive plastic parts. 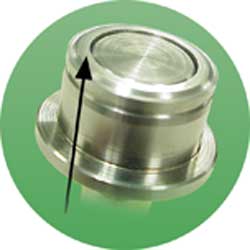 Fig. 3. This cam follower is secured by multiple rollers, forming the lip to a preset force using the WatchDawg Process Control System.
For example, in a can-type application, rollerforming with three rollers is used to form the outer diameter of the edge, while the inner diameter of the edge is simultaneously formed using a single, orbital forming head. This configuration helped to solve the issue of dealing with the thin and fragile material being used.

In another complex application, a metal cap must be applied to a plastic tube without damaging the plastic. The edges of the cap must be folded inward and then upward to fasten it to the tube. In order to allow the rollers to form from underneath, Orbitform devised a customized machine where the rollerhead was equipped with gripper-fingers, with the rollers positioned at the end of the fingers. The gripper-fingers are air-actuated and tied into the control system so that they open and close in sequence with the machine's start and stop cycle.

Sometimes it is necessary for internal components to fit tightly within the housing, and Orbitform has developed a solution for this need, as well. In one such application, the assembly consists of a threaded ball stud, plastic bearing, spring and cap, all sandwiched together in a cast aluminum housing. The spring-loaded stud must be compressed so that the cap seats against a shoulder located in the internal diameter of the housing, while the rollerform head forms the outer diameter against the cap. To accomplish this, the Orbitform powerhead was designed with a special hollow spindle and a top-mounted cylinder that actuates an independent pressure pad through the rollerhead. The pad applies downward pressure against the spring-loaded parts in order to pre-load the assembly prior to rollerforming.

As with Orbitform's other joining systems, the quality and consistency of the rollerforming method can be ensured with the Orbitform WatchDawg monitoring and control system, which provides visual status and adjustment of the orbital and rollerforming processes. The WatchDawg system precisely monitors and controls the forming process, including all aspects of the forming tool and workpiece, ensuring consistency and uniformity. 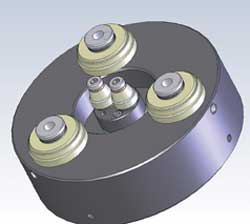 Fig. 4. This rollerhead has horizontal orientation and vertical adjustable interior rollers.
The system features the ability to monitor and control: 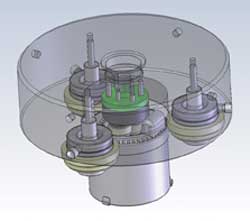 Fig. 5. Rollers can be designed to conform to inside and outside diameters of uniquely shaped parts.
The WatchDawg interface provides comprehensive feedback with data that easily integrates into automated systems. Multiple programs can be stored to allow for quick changeover from application to application.

At the heart of the system is a loadcell mounted inside the powerhead of the spindle assembly. The loadcell measures forming force applied to a part. Depending on machine size, a linear displacement transducer or linear encoder is integrated into the powerhead and used to measure stroke. These sensing devices determine form depth and position at peak force. Benefits include easy calibration, fast response, smooth production line integration, and the ability to keep fixturing interchangeable. 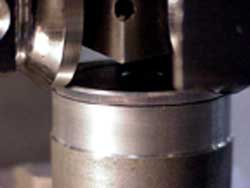 Fig. 6. The rollerforming head spins on a rotary spindle at a constant speed. As contact pressure is achieved, multiple rolling tools precisely form material into desired shape.
For orbital forming, the system monitors rivet/form collapse and rivet length through set point limits, recognizing how much of the rivet has been formed and whether the load cell trigger point has been met. The system also controls by forming-to-a-force, commonly used on pivoting joints or parts that need only to be tight. This feedback closes-the-loop between the machine's powerhead and the part.

Joining and Assembly of Medical Materials and Devices, 1st Edition

Joining of Plastics 3e Handbook for Designers and Engineers