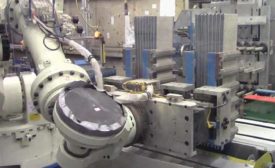 Jim Camillo
Manufacturers looking to take their operations to the next level often look to automation and robotics to make it happen. This is understandable, for such technology can cost-effectively increase throughput, optimize assembly and testing processes, improve product quality and decrease labor costs.
Read More 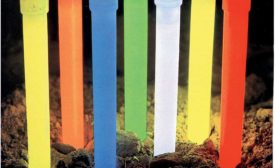 Jim Camillo
A manufacturer never achieves success completely on its own. Every company, to some extent, needs help from equipment suppliers, machine builders and integrators.
Read More 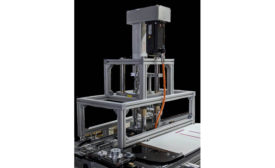 Jim Camillo
Every process change made by a manufacturer brings with it one or more unique challenges. Consider, for example, the challenges involved when switching from manual or pneumatic presses to servo models for low-force-pressing applications.
Read More

With the pandemic subsiding and consumer spending on the rise, manufacturers are investing in their assembly operations.

In February 2020, U.S. manufacturers employed nearly 12.8 million people. Then came the COVID-19 pandemic. In an instant, the country lost 1 million manufacturing jobs as governments and businesses scrambled to figure out how best to stop the spread of the disease. 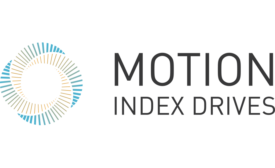 With our newly developed LATC series of precision indexing conveyors, we can achieve and guarantee a +/- 0.04 mm accuracy across the entire system. Similar to the LFA, the LATC is manufactured with an inner structure manufactured from aluminum extrusion and very high-grade aluminum links.
Read More

A trio of dual-arm SCARAs boost productivity and free workers from strenuous assembly tasks.
Malene Grouleff
Valves are a key component of heating, air-conditioning and refrigeration equipment. For example, in systems that use water as a medium for heating and cooling, balancing valves regulate the flow of hot or cold water to the various terminals in the system. In air-conditioning and refrigeration systems, expansion valves control the flow of refrigerant between the compressor, condenser and evaporator.
Read More

In just 18 months, automation engineers overhauled how America destroys its most dangerous chemical weapons.
James DeSmet
In 1951, at the height of the Cold War, the U.S. Army Chemical Corps and Ordnance Corps initiated a program to develop a new rocket that could deliver chemical weapons over a large area. The result was the M55 rocket, which was equipped with a unitary warhead filled with sarin or VX—highly toxic nerve agents. The rocket was rushed into production, and tens of thousands were produced from 1959 to 1965.
Read More 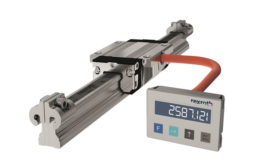 Determining Position Along a Straight Line

In an automated assembly system, all the action typically comes from above. A base part is moved into position, and then some sort of tool (a robot, screwdriver or press, for example) moves down to perform some sort of action (place a part, install a fastener or insert a plug).
Read More 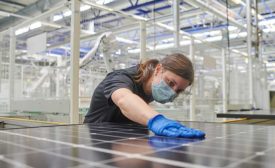 A two-year-long continuous improvement initiative pays off in Newton, NC.
Austin Weber
All-wheel drive (AWD) technology has taken the automotive world by storm in recent years, because of its ability to effectively transfer power to the ground. Today, many sport utility vehicles use AWD for better acceleration, performance, safety and traction in all kinds of driving conditions.
Read More
More Articles Tagged with 'assembly systems'
Subscribe For Free!
More Videos