The Editorial: The Baby and the Bath Water 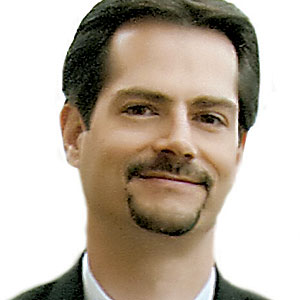 Republicans have rightly criticized the administration over the loan, alleging that the Energy Department overlooked warning signs of Solyndra’s pending collapse.
The affair began back in 2005, when a law authorized the DOE to issue federally backed loans for innovative projects to help limit air pollution. The Bush administration identified Solyndra’s proposed California assembly plant as a contender for a loan guarantee. Review of the project continued after President Obama took office, when the 2009 stimulus law established a separate DOE loan guarantee program for renewable energy projects.

Thus, in March 2009, the DOE offered a conditional, $535 million loan guarantee to Solyndra to help finance construction of the plant.

One year later, during a visit to the facility, President Obama touted Solyndra as a model of his green energy agenda. But even then, members of his administration were raising concerns about the company. For example, in an e-mail to a colleague at the Office of Management and Budget, one official wrote, “Hope [Solyndra] doesn’t default before [the visit].” And in March 2010, an independent auditor questioned whether the company could continue as a “going concern.”

In February 2011, the DOE restructured the loan guarantee, ensuring that private investors who provided additional money to the company would be repaid before taxpayers if Solyndra went belly up. If that’s not appalling enough, court documents reveal that Chris Gronet, Solyndra’s founder and former CEO, negotiated a severance package worth almost $500,000.

To top it all off, some in Congress allege that the administration approved the loan guarantee, in part, because of politics. The foundation of George Kaiser, a top Obama fundraiser, was a key investor in Solyndra. The House Energy & Commerce Committee, the FBI and the DOE’s own investigative arm are looking into the mess.

It’s a sobering lesson in venture capitalism, politics and the lengths to which governments will go to land high-paying manufacturing jobs. Across the country, state and local governments are hamstringing themselves to offer tax breaks and government-backed loans to lure or retain large manufacturers.

Hindsight is 20/20, but in the Solyndra case, at least, it appears politics might have gotten in the way of sound business and technological decisions, which is something President Obama had pledged to avoid when he took office.

Nevertheless, we urge Congress and the administration not to throw the baby out with the bath water. Although abolishing cabinet departments, particularly the DOE, has become de rigueur at the Republican Party presidential debates, government does have a role to play in fostering new technologies and ensuring that those innovations are made here and not abroad.